And they LIVE happily ever after... 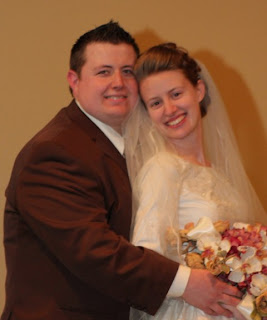 In June of 2009 a very significant event took place. My maiden aunt Mary married a man named Michael. Michael had a friend close to my age that he really wanted me to meet. Oh, and did I mention this friend was a guy? Michael had been trying to set me up with this friend for almost a year despite my telling him that I did not date. (On a side note though, my dad told me it was ok for me to meet guys! Meeting them did not mean that I was flirting or dating them! Thank you Lord for a wise father and mother!) That friend's name was Jacob.

I first met Jacob at a softball game at his church in September of 2008. He and Michael went to the same church and Aunt Mary, my brother and I were invited. I went mainly because I wanted to be with Aunt Mary and to check out Michael, this fellow she had started seeing.

To be honest there weren't fireworks and I didn't hear violins playing the first time I saw Jacob. It wasn't love at first sight. I don't really remember much about him from that day other than that he had a really nice truck. Jacob, however, remembers in detail what I was wearing and how I had my hair fixed!

An amusing story from that day is what happened when the guys asked my brother if I was his sister. He told them yes, but not to ask me for my number because I wouldn't give it to them. Talk about a first impression!

I didn't really think much of it (or him!) after that day. I didn't think I'd see him or that church again. I was wrong.

Michael and my aunt became engaged in January of 2009 and I realized that we would be seeing more of that church and Jacob, especially since Michael and Mary were buying a home close to my parents. Also Aunt Mary often went to Michael's church on Sunday nights and she didn't like making the long trips home late at night alone. (She lived over an hour away.) So I went with her.

Several times before the wedding Michael had some young people from the church over to he and Mary's home. Somehow I always found an excuse for us (me) to go over there when the young people (Jacob) were there. I didn't realize it, but that's what I was doing. I think I used the excuse "Oh I really enjoy the fellowship with their godly young people."
One such evening we took a trip on four-wheelers and a Kawaski mule down to the river and Jacob let me drive the Mule back. That was a very important little ride. He wanted to know "if" he wanted to date me, what he'd have to do. I told him to talk to my daddy and I shared with him how I felt about relationships. I told him that I felt you shouldn't date unless you were almost positive you would marry that person.

I thought that after that conversation I wouldn't hear anymore from him. I was wrong again.

About a month later Mary and Michael married. We had so much fun the weekend of their wedding. Jacob and I both played music at the wedding and because of that, we sat together during the ceremony. He was so sweet the whole weekend. He waited on me hand and foot, had Kleenexes in his suit pocket for me if I needed them during the ceremony and was so attentive. I didn't know what to think of it.
Just before my family left the reception he caught me off guard and asked me for my phone number. I almost slipped and gave it to him, but I caught myself and pointed toward my father. I told him if Daddy didn't mind him having my number, then I didn't. He promptly went over to my father and asked for it. Daddy smiled and told him they'd have to talk about it.

This wasn't my dad's first time to interact with Jacob. Actually my parents loved him almost from the first time they met him. Daddy told me not too long after that incident that more he was around Jacob, the more he liked him.

We saw each other a few more times that year and Jacob called my father wanting to talk to him about dating me. Daddy let me know about it and wanted an answer to give Jacob, if I was interested or not. For the longest I wouldn't give him an answer--I was still trying to make a decision about someone else. Jacob kept calling and Dad kept putting him off because I wouldn't give an answer.

Finally at the end of November of 2009 I was in a position to consider Jacob as a suitor. Daddy came to me one more time and told me that Jacob had called again, and he didn't think it was fair to Jacob to keep avoiding the subject. Jacob deserved an answer.

I told Daddy that I was interested in him and asked would it hurt for Jacob to come over and us just talk and see how things would work out? It couldn't hurt just to talk, could it?
On December 1, 2009 (which was a Tuesday and a work night) Jacob made the hour long trip to come talk to my father about dating me. He ate supper with us and then he and Daddy got down to business.

I know I shouldn't have, but I hid out in our dining room and eavesdropped. I couldn't help it! I wanted to hear what they said. I thought I was doing really well at being invisible, but my siblings kept walking by and talking to me.

Daddy shared with Jacob our family's views on relationships and by the time he left that evening (at midnight!) I had a beau. 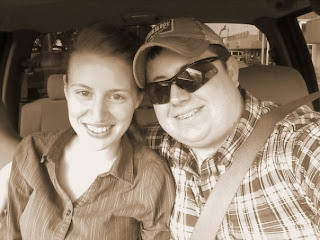 One of the things that I love so much about Jacob is his understanding of and respect for authority and those that God has placed over us. He talked with his pastors and parents about me a lot and wanted their blessing before approaching Daddy for permission to date me.

On my 21st birthday I went with him to his church's Christmas banquet. I had so much fun. It was the most fun I'd had in a long time. We talked and laughed and found out so many things that we had in common. It was the most wonderful birthday I'd ever had. I went to bed so happy that night.

Three weeks later I knew that I would marry him. From the very beginning he told me he wanted to do things right. And he did.
He began to love me like Christ loves His Bride and through that, the Lord healed my broken heart. I was still struggling with my mistakes from the previous season of my life and he constantly reminded me that it was under the Blood and it didn't matter to him. It was over and I needed to forgive myself and move on.

On May 2nd, 2010 Jacob asked me to marry him. I could say yes without fear because I knew that he would love me and take care of me. I knew we were in the will of God and I had an overwhelming peace in my heart.

I don't want to give the impression that we had a perfect, smooth courtship, because we didn't. We had some pretty rough patches, but through the Lord, we worked them out. They just drew us closer together and we are stronger for them. 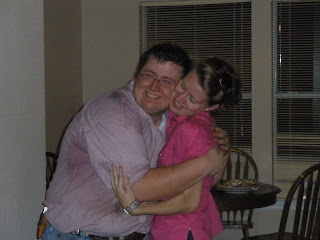 Like I said in the previous article, our courtship wasn't typical. We went places alone, we held hands and yes, we even kissed before we were married. I don't regret it at all. Our first kiss was so sweet, I almost cried. It wasn't awkward and it wasn't lustful. It was exactly how a first kiss is supposed to be.

We were married on January 15, 2011. Life with my best friend has been amazing. I can't imagine being with anyone else. He is the fulfillment of all my dreams and prayers and I couldn't be happier.

The Lord knows exactly what we need and when we need it. I never imagined myself with someone like Jacob. I thought that I would marry this certain type of man and we would live a certain type of life....that was more of me putting the Creator of the Universe in a little box. Instead of that (which would have been very dull), He's given someone who completes me. 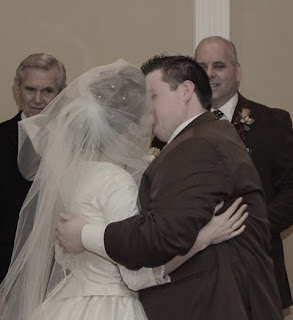 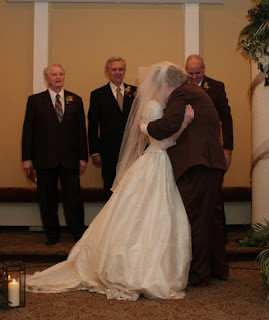 24Now unto him that is able to keep you from falling, and to present you faultless before the presence of his glory with exceeding joy,

25To the only wise God our Saviour, be glory and majesty, dominion and power, both now and ever. Amen.
Jude 24,25 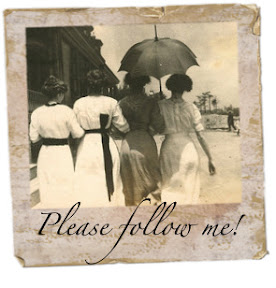 Visitors to this Blog

Rebecca
Rebecca is the wife of Jacob and mommy to three littles. When she isn't chasing babies or drinking coffee, she sews every chance she gets. Sewing is a passion bordering on obsession and designing outfits and fabric shopping are two of her most favorite pastimes.